Offering a variety of training packages that are tailored to each individual, whilst making training fun! 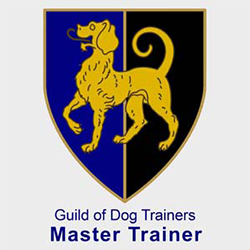 What our clients say…

5 star service amazing results in first session . Well done rob . My shepherd puppy took me for a walk and ignored recall . In one session we have him walking side by side and learning recall . I highly recommend this trainer

Rob was brilliant at helping us deal with a few issues associated with introducing a fifth dog (Zara) into our family. She had become dominant and guarding and basically fell out with one of my existing dogs. In a simple 90 minute session Rob gave us loads of tips and practical steps on how to deal with her guarding and re frame our relationship with her to stop the tendencies she had been displaying. The difference in her is amazing. Thanks Rob

I highly recommend Rob from Trainrite.
We recently took on a rescue Rottie, Santos, he had strong guarding issues which led him to be aggressive with other people, dogs and anything that moved or made a noise when out walking. It eventually became so bad that we were frightened to walk him .
After one hour with Rob, he corrected our mistakes, and we now have a completely different situation when out walking.
Santos is now a calm and responsive work in progress. After one month of consistently following Rob’s instructions, we now enjoy our walks together without having to avoid people or other dogs. It’s for this reason that we just wanted to say a big thank you to Rob, and would afford him the highest recommendation.

Would highly recommend Trainrite,being shown how to correct behaviour before it becomes a problem makes walking a pleasure rather than dreading it,thanks to rob I have a calmer dog which quickly learnt who’s in control.For the first time I’ve let Bella off the lead with fear of her running away ,without the help and guidance from rob I wouldn’t of had the confidence to do this which I’m truly grateful.😀 still a way to go but on the right track

Can’t believe what a difference 2 sessions have made , thank you so much , still a lot to do ,but feeling positive and confident Thank you again still smiling over him getting in the car